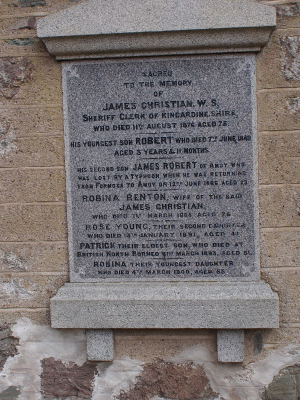 [Please activate JavaScript in order to see the slideshow]
Next

His second son JAMES ROBERT of Amoy who was lost by a typhoon when he was returning from Formosa to Amoy on 12th June 1866 aged 23.